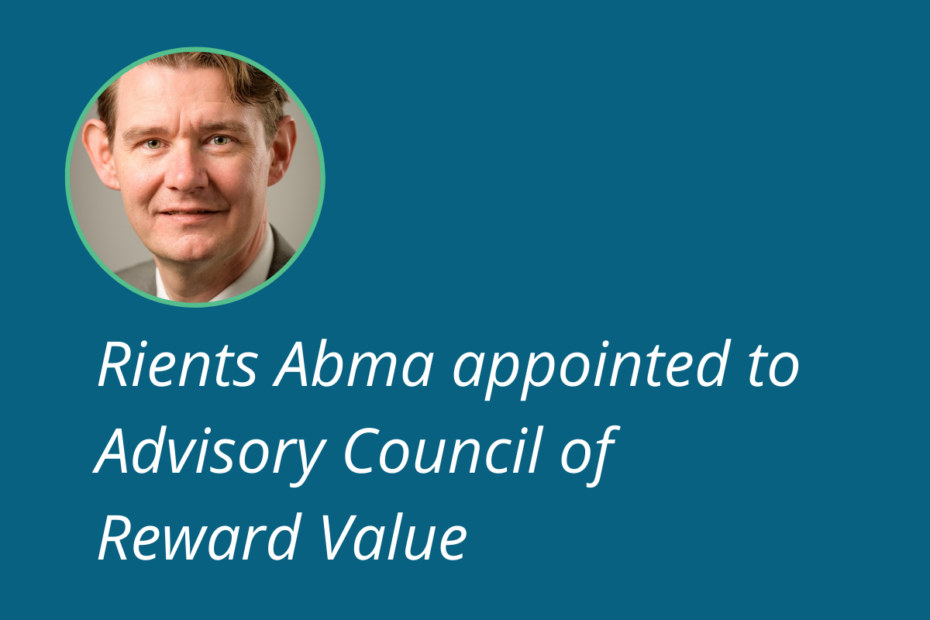 Last month Rients Abma was appointed as a member of the advisory council of Reward Value. A special milestone because institutional investors play an important role in making the transition to remuneration policies that contribute to long-term value creation for all stakeholders. With Abma as an addition to the existing advisory council, Reward Value can continue to build on the future and accelerate the transition.

“Linking executive pay to sustainability factors is a very effective way to steer a company towards achieving the sustainability objectives it has set for itself. Reward Value can deliver the instruments how this could be done” – Rients Abma

Rients Abma is also member of:

Between July 2007 and September 2011, Abma was Board member of the International Corporate Governance Network (ICGN). Rients Abma earned his Masters degree in General Economics, with concentrations in Monetary Economics, from the University of Groningen.